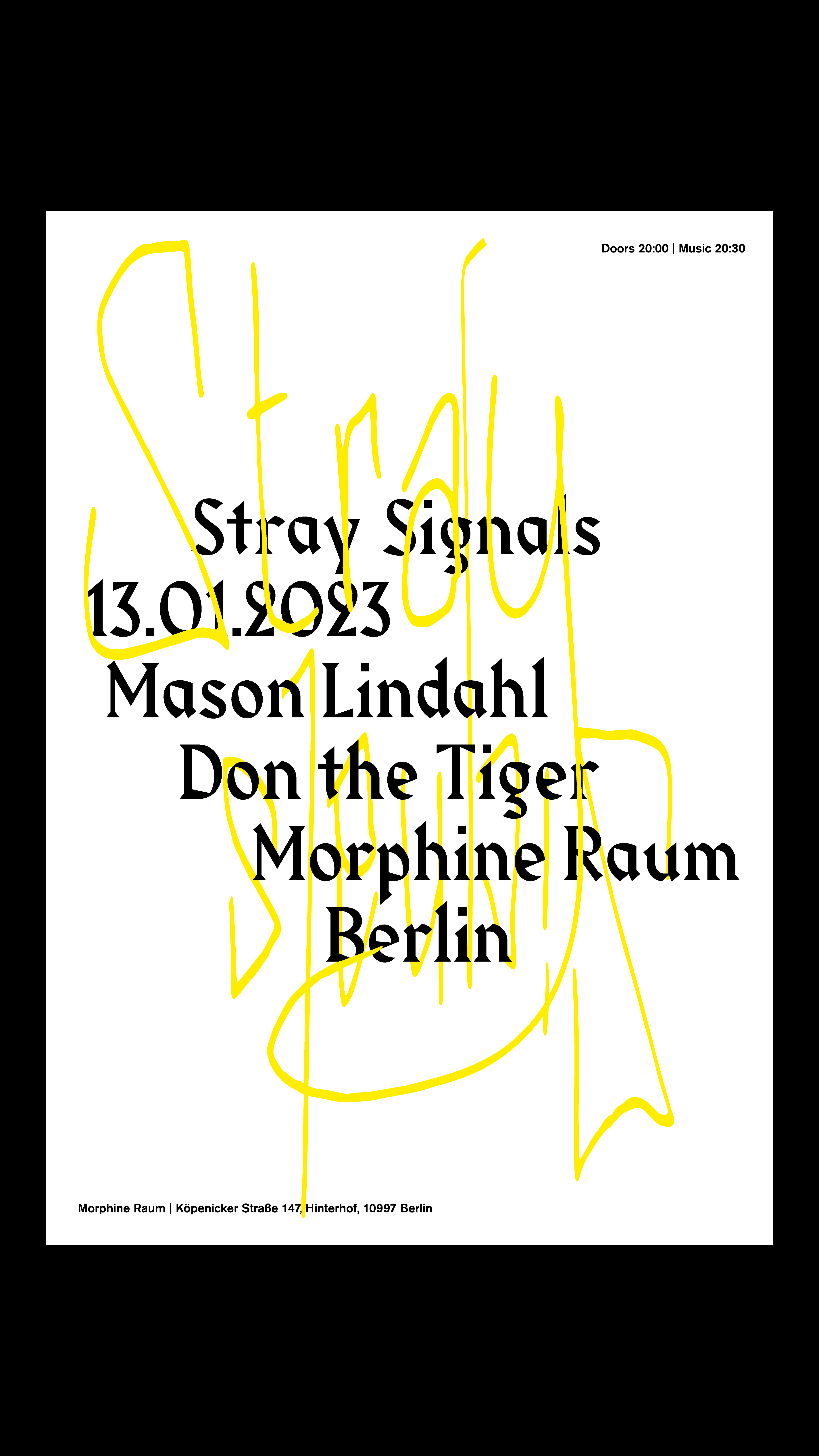 It’s a new year! Please join us for a double bill on January 13th..

Mason Lindahl is a guitarist and composer based in New York City. Mason's solo instrumental debut album 'Kissing Rosy in the Rain' came out on Tompkins Square, in 2021. After becoming mega fans we had to invite Mason over to berlin for an unplanned stop on his europe tour. https://tompkinssquare.bandcamp.com/album/kissing-rosy-in-the-rain

Don the Tiger (Adrián de Alfonso) will present his new concert for radio transmitters, amplified only via FM Radio, interacting and playing with the space and ether as the performance goes.
Don The Tiger's concert will be amplified mainly by FM radios, so bring your own functioning FM radio to actively participate in the performance! https://donthetiger.bandcamp.com/album/matanzas

Curatorial section
from our network

Everything that
we publish

Hyperlinks from
the internet